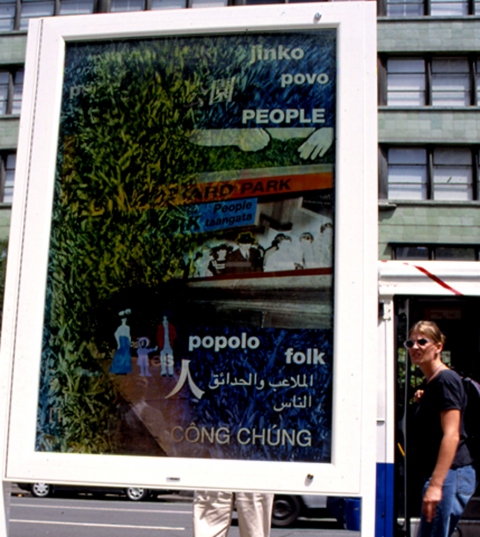 “Wynyard Park” was commissioned by the city of Sydney in 1998. This work was created as a temporary signage/sculptural work for a city park and was sited at a bus stop at the entrance to the park.

The technology is called “lenticular lens” and involves two or three images on a single screen. When the viewer moves the object, the image on the screen changes.